Welcome back to the Real Estate newsletter. It’s the middle of September, and it’s simply too hot.

Not just the market (which is plenty hot), but the weather. With heat comes dryness, and with dryness comes fires. With more than 2 million acres already burned this year, Californians are bracing for a fire season that could rage deep into the fall.

In response, The Times whipped up a guide for everything you need to know about house hunting during fire season, including ways to assess a neighborhood’s wildfire risk and strategies to help mitigate the danger.

On the luxury side, the week’s three biggest home stories all came in the form of sales. The priciest one went down in Beverly Park, where Jem Sportswear Chief Executive Jeff Marine unloaded his 17,000-square-foot mansion for $29 million in a hush-hush deal. That number’s high, but not quite as high as others in the exclusive neighborhood; Sylvester Stallone recently listed his 3.5-acre estate nearby for $110 million.

A bit south in Beverly Hills proper, two side-by-side homes owned by late comedy legend Carl Reiner traded hands for a combined $16.8 million. The package deal means the buyer can tear both down and create a rare compound on nearly an acre on one of L.A.’s ritziest streets, Rodeo Drive.

The week also made a winner of Thomas Bryant. The former Laker sold his Cape Cod in Woodland Hills for $3.7 million, or $450,000 more than he paid when he bought it from his former teammate Jordan Clarkson last year.

As football season kicks off, Inglewood is looking a lot different this year as the new home of the NFL’s media headquarters. Part of Rams owner Stan Kroenke’s $5-billion complex centered around SoFi Stadium, the league’s savvy new studio includes five soundstages and a control room anchored by a 12-foot wall of high-definition screens that can simultaneously display 253 different video feeds, including shots from the 30 NFL stadiums. 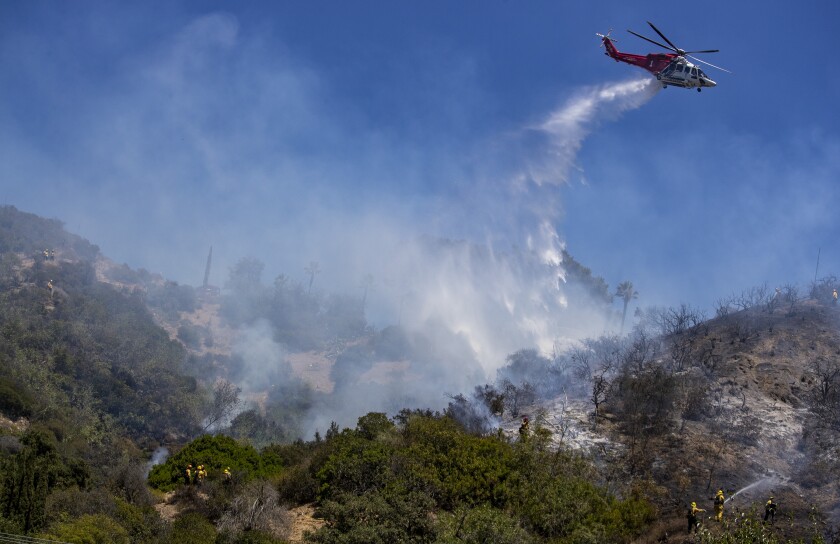 A helicopter drops water on a brushfire in the Hollywood Hills in 2020. There are a variety of ways to assess a neighborhood or individual home’s risk of wildfires — and plenty of ways to help mitigate the danger.

This summer, we began asking readers to submit their most pressing business-related questions about Los Angeles and California.

Then we put the questions to a vote, allowing readers to decide which question we would answer in story form.

Our latest winner was submitted by Shawn Spencer, a human resources worker in Massachusetts: “If you’re concerned about wildfires, which L.A. neighborhoods should you avoid living in?”

“I am fascinated with Los Angeles, but for someone like me who does not live there, it can be challenging to understand the city,” Spencer explained in the submission form. “Is there a rule of thumb for people who are worried about wildfires, such as ‘do not live in a canyon, do not live far north of Sunset Boulevard, etc.’?”

Turns out, there are a variety of ways to assess a neighborhood or individual home’s risk of wildfires — and plenty of ways to help mitigate the danger, writes Rachel Schnalzer. 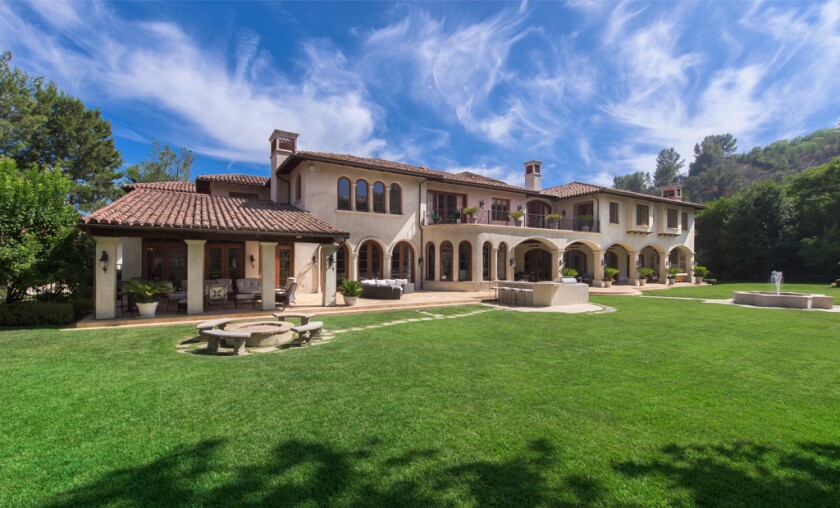 The 2.5-acre estate centers on a gated Mediterranean villa of more than 17,000 square feet.

Beverly Park, one of Southern California’s most affluent neighborhoods, has its newest resident after Jem Sportswear Chief Executive Jeff Marine sold his Mediterranean mansion for $29 million in an off-market deal.

Records show it was bought by a limited liability company based in Hong Kong.

Spanning 17,000 square feet, the estate holds its own in the star-studded neighborhood with residents such as Eddie Murphy, Rod Stewart, Denzel Washington and Sylvester Stallone, who offered up his 3.5-acre retreat there earlier this year for $110 million. 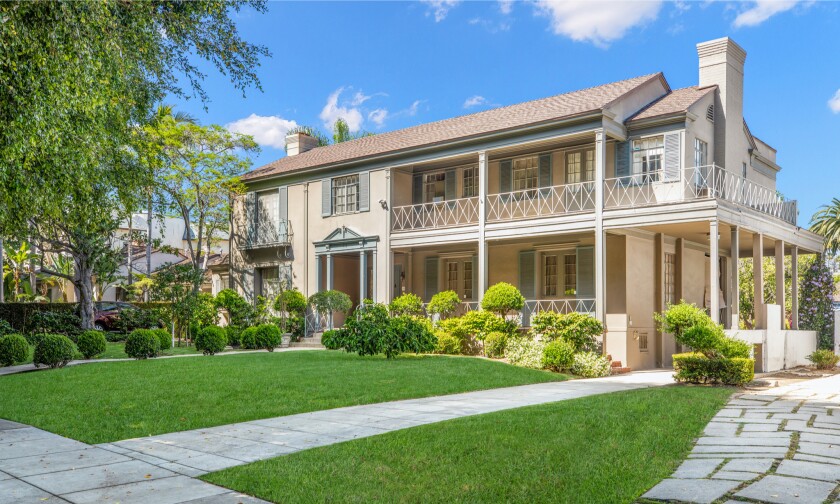 The two side-by-side estates include a 1930s Traditional-style home and 1920s Spanish-style home.

Construction is likely coming to Beverly Hills, where two adjacent homes owned by late comedy legend Carl Reiner just sold for a combined $16.8 million. The side-by-side properties are currently divided, but the package deal allows for the rare opportunity to redevelop the lot into a luxury compound on nearly an acre on Rodeo Drive.

After Reiner — a writer, actor and director who created “The Dick Van Dyke Show” — died last year at 98, the pair of properties were listed for sale at $10 million each in July.

The larger of the two, a 1930s Traditional with a guesthouse, sold for $8 million. The smaller, a 1920s Spanish-style spot lined with stucco and clay tile, sold for $8.8 million, records show. Reiner owned the Traditional for nearly half a century, and he picked up the Spanish-style home five years ago for $4.25 million. 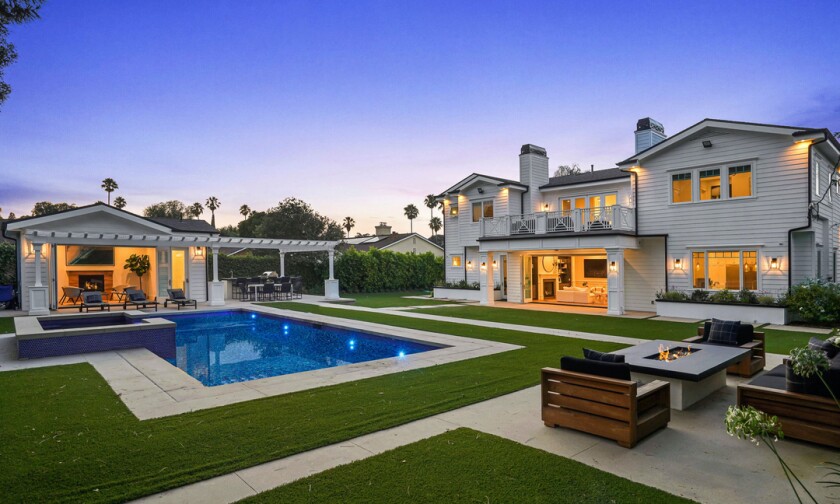 After being passed from NBA player to NBA player, this Woodland Hills home just traded hands for the third time in three years — this time for $3.7 million.

The seller was NBA big man Thomas Bryant, who bought it from his former teammate Jordan Clarkson for $3.25 million last summer. The pair played for the Lakers together during the 2017-18 season.

It’s a hefty profit for Bryant, who didn’t make many changes during his yearlong stay except painting the primary suite white. Built in 2018, the Cape Cod-style spot spans 5,800 square feet and sits on nearly half an acre. 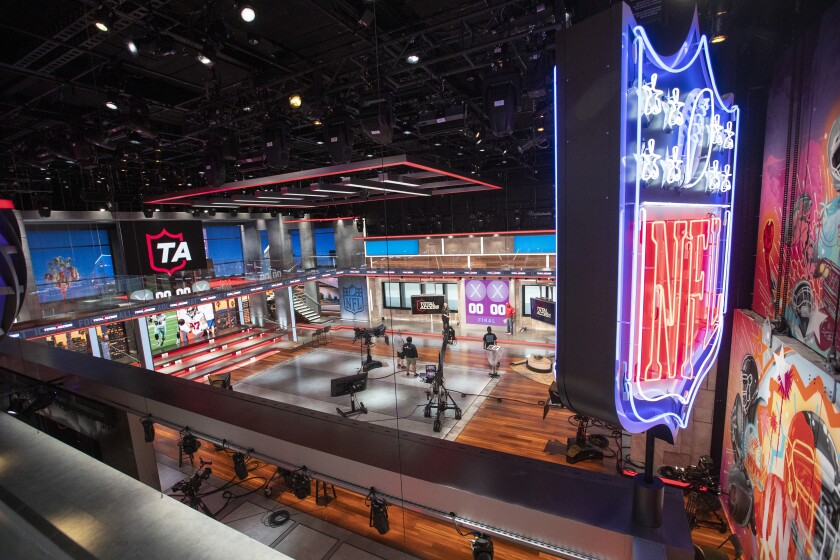 A view of the main stage at the new media headquarters of the National Football League in Inglewood.

For a glimpse of the NFL’s media ambitions, step inside the league’s new studio and office complex in Inglewood, writes Meg James.

There are five soundstages, including a 5,970-square-foot space for NFL Network’s “Total Access” and “GameDay” shows. The stage features 360-degree camera views, a catwalk for talent and a revolving neon red-white-and-blue NFL logo — hauled in from Nashville after the 2019 NFL Draft. The complex also includes a podcast studio and a camera-ready newsroom.

As students flood back to campuses, housing has been a problem for colleges across the country, and the most local example is UC Santa Barbara, where some students are sleeping in cars or strangers’ homes due to the shortage of affordable housing. KCRW spoke to a few students, including one who’s living in a Sprinter van instead of a dorm.

The affordable housing shortage has also been brutal for Afghan refugees, who in addition to fleeing Kabul, are having a hard time finding a place to stay due to a difficult market and backed-up resettlement agencies — many of which are asking the federal government for more support. Vox has the story.