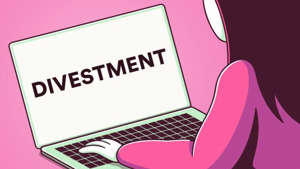 Private equity firms pumped about $1.8 billion into the real estate sector in the first half of the FY2022.

The office segment had a 33 per cent share of the PE funding at $591 million, according to a report by Anarock titled Capital’s Flux Market Monitor for Capital Flows in Indian Real Estate.

Private equity investment in Indian realty climbed 27 percent to $1.79 billion in the first six months of the current fiscal mainly driven by domestic funds, it said.

The share of foreign funds, however, reduced 19 percent during the six months compared to the previous corresponding period. Investments by domestic funds jumped from less than $10 million to $650 million during the corresponding first halves, reflecting their confidence

The industrial and logistics segment saw significant investments of approximately $537 million in first half of FY22, comprising a 30 percent overall share of the PE funding, the report said.

The residential sector saw investments to the tune of $394 million or, approximately 22 percent, of the total PE funds. Data centres, land and mixed-use developments attracted the remaining 15 percent of the overall PE inflows, comprising 5 percent each, the report said.

“The average ticket size for the PE deals in the current period declined by 32 percent – from $114 million in H1 FY21 to $78 million in H1 FY22,” said Shobhit Agarwal, MD and CEO – ANAROCK Capital.

READ  Her own measure of success

Investors this time preferred single-city deals in contrast to multi-city deals earlier. The top 10 deals in the first half contributed nearly 81 percent of the total PE investments in the country, the report said. The share of multi-city deals reduced from 77 percent to 42 percent in H1 FY 2022.

Going forward, demand for flexi offices is gaining momentum. They are expected to attract more PE investments over the next 1-2 years. Operators are aggressively looking at expansion of data centres across major locations in the country, the report said.