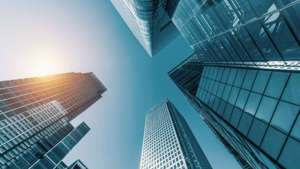 WeWork (NYSE:WE) has finally crossed the line and become a publicly listed stock via a special purpose acquisition company (SPAC) today. WeWork stock has soared 10% in early market trading. With a price of $11.47 per share, the market is valuing this business at $9 billion. Certainly, it has been a bumpy ride to get there.

This real estate company attempted to complete an initial public offering (IPO) in late 2019 when office properties were at a premium, and hip, flexible workspaces were in vogue. However, that all came crashing down after horrific governance and management practices were revealed surrounding WeWork’s former CEO, Adam Neumann. Today, you might be seeing some memes of a guy walking around the street without shoes. Yep, that is him.

While he has been removed from the company, his tainted legacy still perhaps persists. Likewise, he is still a substantial owner of the company. Bloomberg noted that he still owns a 9% stake in the business, which is worth around $722 million today.

Despite enjoying some optimism in the market today, WeWork is a stock I wouldn’t care to touch. For the first half of the year, the company lost nearly US$3 billion. This is actually multiple times worse than when it initially tried to IPO in 2019. In essence, it is a business that leases space and subleases it to smaller businesses or individuals.

Forget WeWork: Buy these stocks instead

If its tenants, who tend to be on shorter-term leases vacate, it is still on the hook for its master lease obligations. While WeWork stock has a flashy tech aura about it, it is just one to stay away from. I’d rather own real estate stocks that have stable growing streams of cash flow, reliable management, good balance sheets, and growth trends supporting growth. Two stocks that I would much rather buy over WeWork are Granite REIT (TSX:GRT.UN) and BSR REIT (TSX:HOM.U).

E-commerce is a pretty exciting global trend. One way to play this is by owning the infrastructure that supports e-commerce distribution. Granite does just that. It owns a large portfolio of institutional grade logistics, warehousing, and manufacturing properties across Canada, the U.S., and Europe. Some of its top tenants include Magna International, Amazon.com, Hanon Systems, and Wayfair.

Unlike WeWork, Granite has an incredibly strong balance sheet. It has one of the lowest leverage ratios in the industry, and its cost of debt is lower than 1.5%. Granite has been enjoying solid rental growth this year and many of its leases are inflation-indexed. It pays a decent 3% dividend, but it has raised that payout every year for the past nine years.

BSR REIT is a play on the massive housing shortage in the United States. It owns and operates resort-quality multi-family apartment properties in the southern United States. It has focused its portfolio on some of the fastest-growing regions in America like Austin, Dallas, and Houston.

Strong rental demand in these markets is supporting high occupancy and rental rate growth for the REIT. Its properties are well located and full of amenities, so they are perfect for millennials and young professionals.

READ  Real Estate Stocks: These Real Estate Penny Stocks soared up to 111.43 per cent in one month!

Despite a great portfolio, this REIT trades at a decent discount to many of its American apartment peers. Its management team has a big stake in the business, so they are highly incentivized to keep growing its cash flows. Not to forget, it pays a great 3% dividend as well. Given this, I would much rather own BSR REIT over WeWork stock any day.

For the first time ever, The Motley Fool has issued an official BUY alert on a cryptocurrency.

We’ve taken the exact same detailed analysis that we’ve used to find world-beating stocks like Amazon, Netflix, and Shopify to find what we believe will be the ONE cryptocurrency to rise above more than 4,000 cryptocurrencies.

Don’t miss out on what could be a once-in-a-generation investing opportunity.